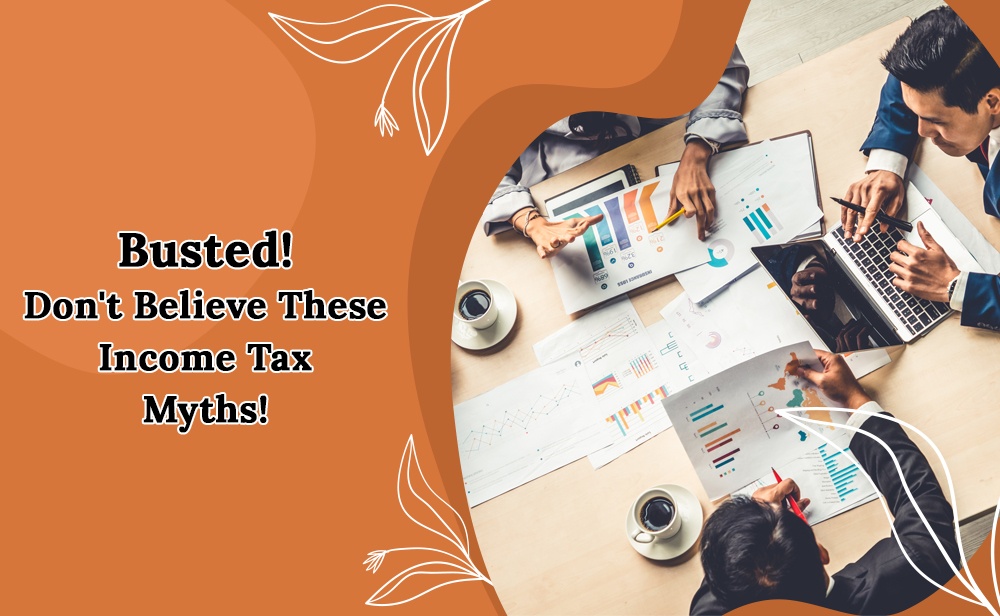 The tax season arrives every year, and all taxpayers are required to file their taxes by a certain deadline. While tax awareness has led to many people filing their taxes on time, so many individuals/companies still do not file their tax returns on time. Most times, it is because they fall prey to certain myths out there simply because they are unaware of tax-related information. There’s a lot of misinformation out there about filing taxes, and blindly following someone else’s bad tax advice could get you into hot water. As experts in the field, we at Balance & Foster Inc have written down some common income tax myths and what you can do to protect yourself from them.

Myth 1: Federal income tax is unconstitutional, and you can therefore refuse to pay income tax to the federal government, as confirmed by the Supreme Court of Canada in a decision in 1950.

This myth is based on the faulty argument that the Canadian Constitution gives the power of direct taxation exclusively to the provinces. Section 91 of the Constitution says the federal government can raise money “by any mode or system of taxation.” Section 92 says the provinces can impose “direct taxes within a province” to raise revenue for provincial purposes. As a result, while federal and provincial taxing powers overlap, the federal government can levy both indirect and direct taxes, including income tax.

If citizens feel a law is unconstitutional in Canada, they may ask the courts to declare it so. But until that happens, the law still applies.

A number of individuals and groups are wrongfully promoting claims that there are lawful ways to declare oneself exempt from tax. Relying on such “advice” could result in action from late-filing penalties and interest imposed by the CRA to fines and imprisonment imposed by the courts in addition to having to pay your taxes. Before paying for such information or participating in such groups, seek advice from a trusted and knowledgeable tax professional.

Myth 2: The income tax system is based on voluntary compliance because the government knows tax laws are unconstitutional and cannot be enforced.

There is no question that voluntary compliance is the cornerstone of Canada’s self-assessment taxation system. What this means is that the government expects you to respect the law and comply fully with your tax obligations. This approach does not imply that the law cannot be enforced if necessary. The Income Tax Act and other laws provide a range of penalties for offenses such as tax evasion, failure to pay taxes, failure to disclose income, or refusing to file a tax return. These penalties can include fines, third-party claims, seizures, and criminal prosecution.

On the other hand, the Voluntary Disclosures Program (VDP) provides taxpayers with the opportunity to come forward and make a voluntary disclosure before they become aware of any compliance action being initiated against them. Taxpayers availing themselves of the VDP will have to pay the taxes they owe, plus interest. However, they may avoid penalties or prosecution.

Myth 3: If you have not filed a tax return in years, the government has not been capable of forcing you to file a tax return because the Income Tax Act is unconstitutional and unenforceable.

The CRA cannot respond directly to such claims because the confidentiality provisions of the Income Tax Act prevent government officials from revealing information about individual taxpayers. We can only encourage the public to be wary of such claims. Individuals may have, in fact, filed in past years or been fined for failing to file. In other cases, the CRA may not yet have acted against an individual who did not comply with their obligation to file. In some cases, an individual may not be required to file a tax return because they have no taxes owing due to source deductions or because they have no taxable income. However, failing to file a tax return also means an individual may be forfeiting some benefits, such as the Canada Child Tax Benefit.

Under the law, individuals who fail to file a return as required or who fail to comply with a court order to file are liable to a fine of $1,000 to $25,000 and up to twelve months imprisonment, as well as having to pay their unpaid taxes with interest. The CRA devotes significant resources to providing the information and assistance required by the majority of Canadians who accept their tax obligations and comply with the law. Audit, prosecution, and other enforcement activities are carefully targeted on the small minority of taxpayers who attempt to evade their obligations.

If you are looking for tax accountants, advisors, and experts in Hamilton, ON, then reach out to us at Balance & Foster Inc. We deliver global capabilities with the “local” touch that brings world-class assurance, tax, and consulting expertise to our clients through enduring relationships built on genuine understanding and trust. We offer tax/ accounting, trusts and estates, bookkeeping services, and more. We serve clients across Hamilton, St. Catharines, Niagara Falls, Toronto, Markham, Vaughan, Kitchener, London, and the surrounding areas. For a complete list of our services, please click here. If you have any questions about Balance & Foster Inc, we’d love to hear from you, please contact us here.